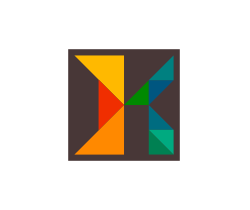 Free and open-source music notation software MuseScore 4 is out after more than 2 year since the last major release.

MuseScore 4 now have a modern look UI with both light and dark mode, as well as 7 accent colors. It provides a setup dialog to choose between them on first launch, though user can re-configure them along with fonts, background and paper colors by going to Preferences -> Appearances. The app window now has a Home tab, for managing account, recent scores, plugins and watching video tutorials. The Mixer has been redesigned. Saving to cloud on MuseScore.com is now working. And, there’s now new online course, and new orchestral plugin: Muse Sounds. Other changes in MuseScore 4.0 include:

Sadly, there are also features in MuseScore 3 that are not implemented in this release, see HERE for details.

How to Get MuseScore 4.0

MuseScore provides official binary package for downloading at the link below:

For Linux user, just download the AppImage package, right-click and add executable permission in its properties dialog. Finally, run it to launch the music writer software: There’s also an Ubuntu PPA though NOT update at the moment of writing for the new release, keep an eye on this page.