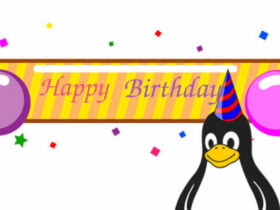 Microsoft just open-sourced PowerShell, making it available for both Linux and Mac. The command-line shell and scripting platform is just the latest open-source friendly software from Microsoft.

All the “Microsoft loves Linux” talk can be a tad misleading. Microsoft definitely won’t be releasing a Linux desktop version of Microsoft Office any time soon, or porting the next Halo game to Linux and SteamOS. Microsoft’s love for Linux is all about developers. Developers can now use PowerShell on Linux, and run PowerShell scripts on Linux servers. Microsoft even provides its own Linux servers through the Azure cloud computing service.

But that exclusivity doesn’t make benefit to developers any less welcome. PowerShell was made possible because Microsoft open-sourced .NET Core back in 2014. Again, Microsoft just open-sourced the core—not any components that could make it easier to run graphical .NET apps on Linux, like WinForms.

Microsoft also recently open-sourced ChakraCore and released it for Linux, too. ChakraCore is the core part of the JavaScript engine used in Microsoft’s Edge web browser. Developers can embed the ChakraCore engine in their applications or use it as a server-side JavaScript engine with Node.js—and that all works on Linux servers, too. Even SQL Server is coming to Linux.

Visual Studio has already arrived on Linux and Mac—sort of—with the Visual Studio Code editor, a graphical code editor Microsoft released as an open-source project for other platforms. Microsoft is also working on a new version of Skype for Linux, a notable exception to the developer focus. It’s also worth noting that Microsoft Office does run on Linux, somewhat, through the Office Online web applications in a browser. People aren’t entirely cut off from Microsoft’s software on a Linux desktop, as they would have been in the past.

This isn’t just limited to Linux users, either. Windows 10’s Anniversary Update brought an entire Windows Subsystem for Linux layer that enables a full, Ubuntu-based Bash shell on Windows. Windows users can run Linux applications directly on Windows. This is available to everyone, even Windows 10 Home users—it could easily have been a more expensive Windows 10 Professional feature.

Microsoft is also working on other long-asked-for features, like building an SSH client into PowerShell so system administrators can easily connect to remote Linux servers without installing an additional tool like PuTTY. PowerShell’s developers previously tried to do this, but were shot down by managers at the time.

All of Microsoft’s work doesn’t indicate the collapse of the closed-source software model or the year of the Linux desktop, but it does show Microsoft’s attempts to make things easier for developers. Linux developers can now run much of the same software on a Windows desktop, and Windows developers can use PowerShell to script Linux servers. But don’t expect an open-source Windows any time soon.