Boring with the external disk partitions, USB drive, as well as Trash icons displayed on the left panel (aka, Ubuntu Dock)? Ubuntu 22.04 now has the options in system settings to toggle display these icons. 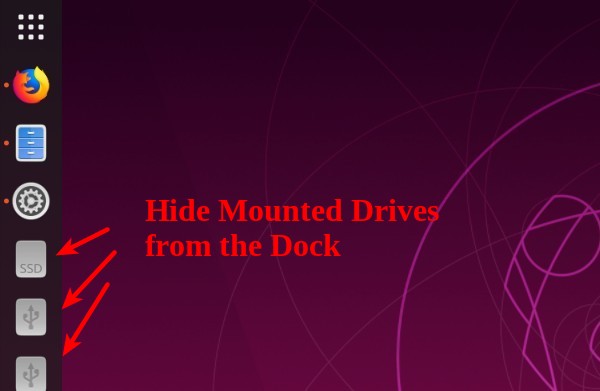 It’s not hard to do the tweaks in previous Ubuntu editions. Usually, we just need to run single command in terminal (press Ctrl+Alt+T to open terminal):

Or, install and use the advanced ‘Dconf Editor‘ configuration tool to look for and change the key values.

In the daily build of the next Ubuntu 22.04 LTS, it now includes the options in the ‘Appearance‘ tab of system settings. So, users don’t have to search for the commands or look through the keys to do the trick.

1.) Firstly, open ‘Settings‘ either from start menu or top-right corner system tray menu. When it opens, navigate to ‘Appearance’ tab and click on ‘Configure dock behavior‘ in the right. 2.) In will pop-up a small dialog with toggle icons and check-boxes to show/hide the volumes and trash icon on Ubuntu Dock. 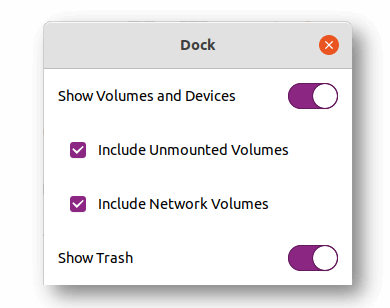 Just change the settings as you wish. The change will take effect immediately.

NOTE: Ubuntu 22.04 is not officially released at the moment, things can be changed and even removed in the final freeze.