Want to cut a clip out of a video and share with your friends? Try Video Trimmer, a stupid easy way for those working on Linux.

In Linux there are quite a few ways to cut clips or trim videos either in graphical or using command line tools. While video editors are heavy to do the job, FFmpeg is the most efficient choice. And Video Trimmer offers an intuitive user interface for those hate Linux commands. 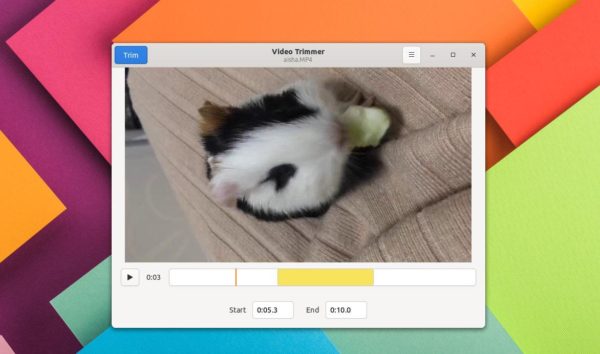 It’s a free and open-source GTK app based on FFmpeg. By importing video via top-left “Open” button, you can preview the video and write down the start and end timestamps. And the top-left button turns to ‘Trim‘ for cutting the clip out. 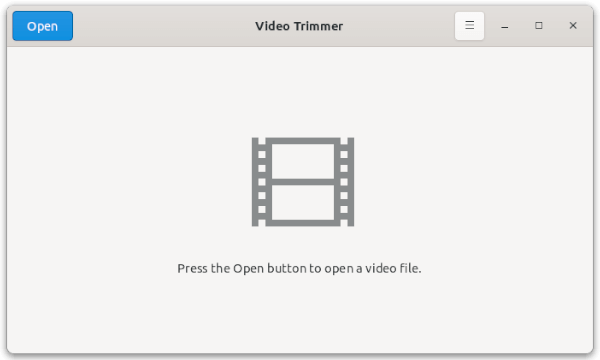 It outputs the clip as a new video file. And the process is super fast and does not reduce the video quality, because it just cuts the data steam but never re-code.

The source code of the project is hosted on gitlab. Besides building from the source, you can install it on most Linux via the Flatpak package.

For beginners, you can open terminal from start menu and run following commands one by one in Ubuntu to get the software.

1.) Install the flatpak daemon for running the app via command:

2.) Add the flathub repository which hosts the software package by running command:

3.) You can finally install the app via command: 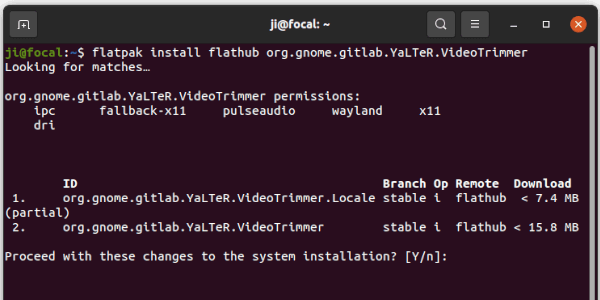 After that, open it from start menu and enjoy!

To remove the app as well as its data, open terminal and run command: