Changes in DVDStyler 3.2 include: 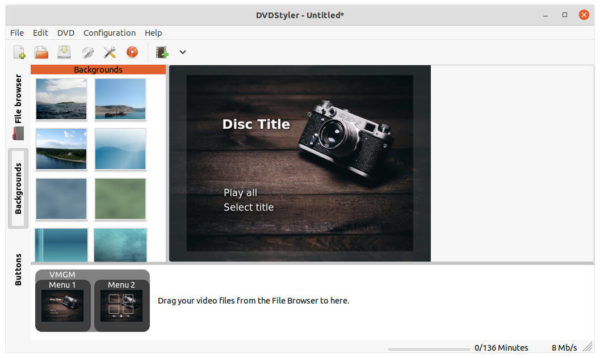 How to Install DVDStyler 3.2 in Ubuntu:

For Linux users, it offers only source tarball available to download at the link below:

The software has been removed from Ubuntu repositories for years, due to unknown reason. So far, the only way to get it, besides building from source, is using a third-party PPA.

And the PPA package is on the way! I’ll update the post once PPA updated.

I’m not user of DVDStyler, but only build it into my PPA. However, DVDStyler seems to be NOT so well coded. A small mistake in the release cost me an hour more work, and finally stuck at uploading package :(.

The source tarball misses ‘NEWS’ file, but the make file do require it, so the first build failed! It’s easy to fix by creating a blank ‘NEWS’ file. However, it changed the source and reversed patch, so the PPA host rejected the uploads again and again.

Due to The Great Firewall, I have to connected to the poor VPN to check gmail to see what’s go wrong. And disconnect to change and upload the source again and again. Finally the upload tool refused to work!

It seems to be the host side issue because it does not work even after I switched to another system. I’m asking for help and will update the PPA once the problem solved.