The Geary email client 40.0 was released a few days ago with UI enhancements.

Like Gnome core apps, Geary has the similar version system. After v3.38, Geary 40 was released days ago with adaptive user interface that supports for half-screen, portrait and small displays. So it finally has a Linux phone friendly UI. 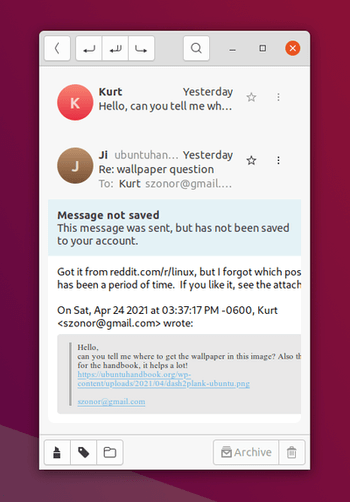 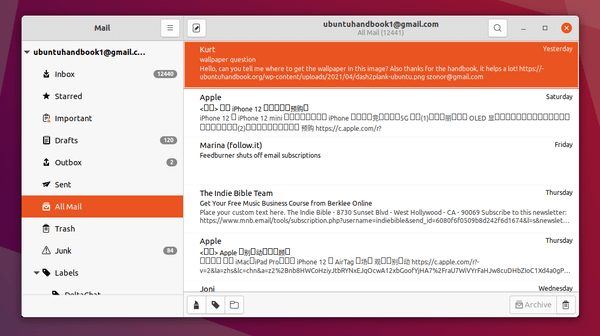 How to Install Geary 40 in Ubuntu:

The new release package so far is only available to install via flatpak package.

1.) Open terminal either from system application menu or by pressing Ctrl+Alt+T on keyboard. When it opens, run command to install the flatpak daemon if you don’t have it:

2.) Add the flathub repository which hosts the flatpak package:

Already got an earlier version installed, you can update the package via command:

NOTE: as the client may run in background, you need to kill the process or just reboot to apply updates.

(Optional) To remove the email client run command in terminal: