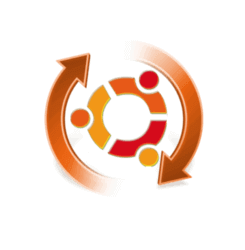 Free and open-source clone of Paint.Net 3.0, Pinta, released version 1.7.1 a few days ago with improvements and bug-fixes.

The release is the final version based on GTK2, as the GTK3 / .NET 6 version is nearly ready!

Pinta 1.7.1 is a small release with minor new features to improve user experience. For image with large resolution (or zoomed in), you may use mouse wheel to scroll up / down. Now by holding Shift + mouse wheel, the canvas can be scrolled horizontally.

Same to GIMP, user may now press X to exchange background and foreground palette colors quickly in Pinta since v1.7.1. And, zooming in and out can now be done without pressing the Ctrl key

Error when opening unsupported file and display all supported formats

Other changes in Pinta 1.7.1 include: 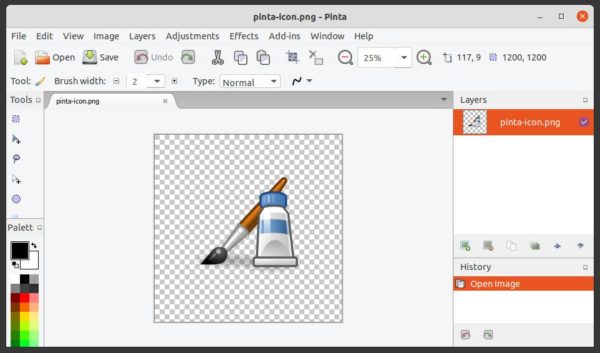 The app is easy to install in Ubuntu using the Snap package, by simply searching for and installing from Ubuntu Software (Snap Store): NOTE: the PPA package crashes randomly due to outdated Mono library in Ubuntu. It’s highly to upgrade mono library if you want to install Pinta in native deb package.

Firstly, press Ctrl+Alt+T on keyboard to open terminal. Then run command to add the PPA:

Or, upgrade the app if an old version present in your system using Software Updater: In addition, Pinta is also available to install as Flatpak package. Check in Flathub if you’re interested in it.

How to Remove Pinta from Ubuntu:

And remove the PPA either via ‘Software & Updates‘ utility under Other Software tab, or by running command:

For Pinta snap package, remove it either via Ubuntu Software or by using command: