info at ossmalta.eu
30 Shares
READ NEXT

The Tech memorial and the demise of Next Thing Co

All the way back in 2015, a new single-board computer hit the scene that went by the name C.H.I.P. and it was almost instantly funded on Kickstarter. The CHIP was to be a competitor to the Raspberry Pi, beating it in many regards until the Raspberry Pi Zero was released shortly after the CHIP’s successful crowdfunding campaign. There was one thing that really made the CHIP stand-out against the competition, and that was the PocketCHIP. This was to be an all-in-one, portable, battery-powered, touchscreen Linux computer with a physical keyboard and all the ports, pins and wireless connectivity you could ever need. When I saw it, I had to have it, after i had supported the kickstarter campaign, but due to long delays in production and shipping i got my original CHIP with the offical battery pack, and ended up not getting my hands on the pocket chip due to work and family commitments sadly. 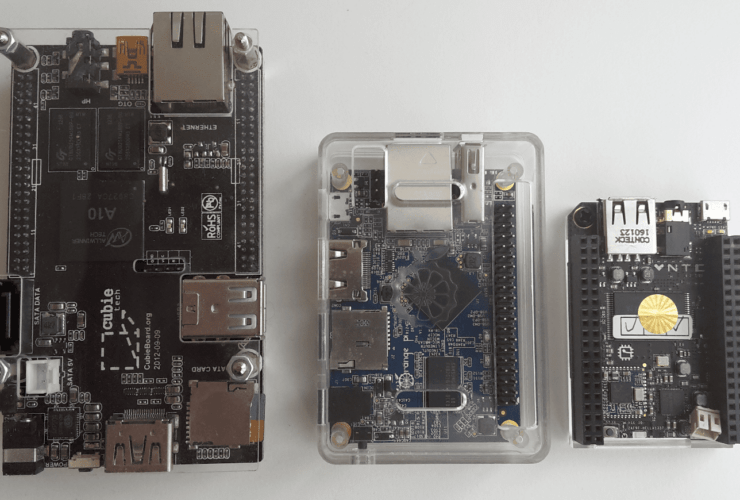 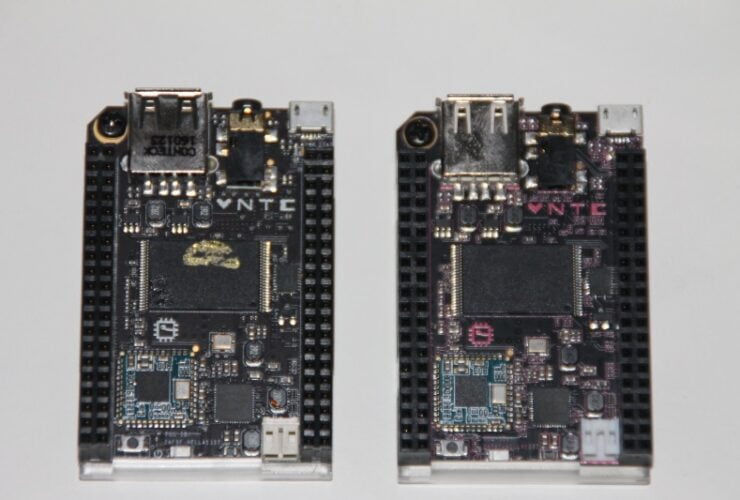 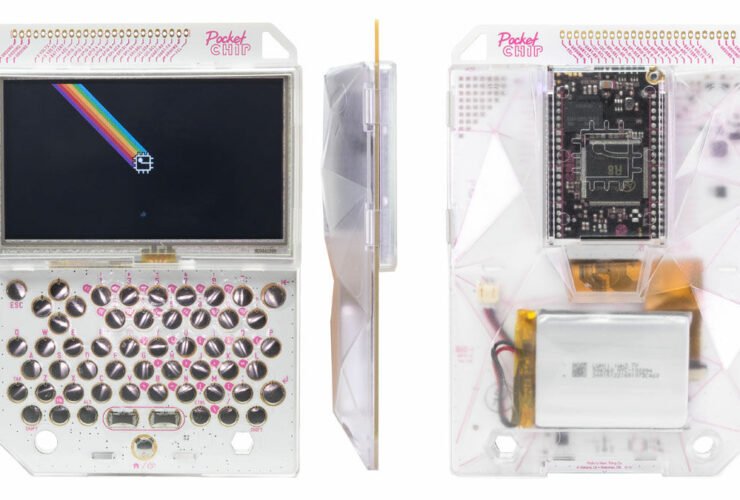 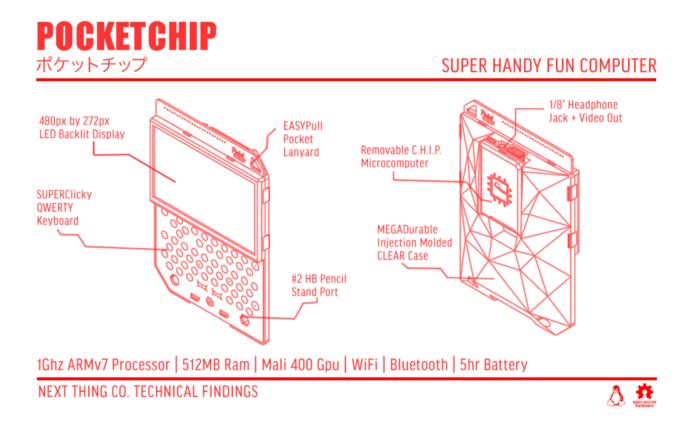 I’m sure you’re thinking “why haven’t I seen this thing before?”, and well unfortunately the answer to that question is a sad one. This was going to be a review, not a memorial and although the company that created the CHIP, Next Thing Co., had several successful crowdfunding campaigns, delivered the product to backers (with a slight delay, but that’s to be expected) and received rave reviews from tech moguls and noobs alike, it appears that the company is no more. I just want to get that out there first, so that no-one gets their hopes up. It makes me appreciate the one I have even more though, and I’ll be taking good care of it.

The PocketCHIP option was mostly like a futuristic hacker’s GameBoy. It was a glimmering beacon guiding us into the future of DIY computing and makers. It also gave you really bad finger cramp if you used it for too long. This isn’t a device for everyone, if you think you can pick one up and starting playing your old games immediately you’d be mistaken. Unlike it’s older Pi cousin, the PocketCHIP really was a complete system that you could start using off-the-shelf. The seemingly oddly sized 480x272px LED backlit screen was similar to those found on sat nav units, but it has worked really well for this device. Theoretically at least, you could still make one of these yourself if you could get hold of the core CHIP computer module. While the PocketCHIP comes with a built in battery-pack, that you can easily swap out for a readily available replacement is neet. What surprised many is the fact, power management on this thing is really impressive, you can go from USB power to battery seamlessly, which isn’t something the Pi can claim. Battery life is good, giving you ~6 hours of use from a single charge. Sadly the PocketCHIP did not have built-in speakers out of the box, but there is a headphone jack and this is what you would really want is to be able to mod it to fit your own preferred speaker/s.

You Can Hack It!!

Which brings us to the point of this open source device, You can hack it! You can 3D print new parts, like the D-Pad, a custom case with a keyboard cover and / or customise it to your heart’s content.

Did I mention it runs Linux?

Yes it runs Linux and not some watered down version but the full-blown Debian Distro with some mods made by Next Thing Co to the UI to work better with touchscreens, and it does what you need it to do.

The interface is very minimal, but it can be easily modified to allow for more shortcuts to be added, along with custom wallpapers and the like. It’s Linux, you do what you want with it. It’s a great little way of getting familiar with the command-line part of Linux, which is what Linux is all about really. I’ve had a fair amount of experience setting up and managing web servers and small office home office linux systems in the past, but this gave me the opportunity to really test my command-line abilities.

With regards to software, the other major selling point of this device was the fact that it came bundled with PICO-8, an indie games platform that allows you to play impressive retro-style games as well as hack and make them yourself. I have to be honest though, and say I haven’t really used PICO-8 other than a quick look when I first got it, all those years ago…

Sadly these days i don’t have much time for microboards such as the CHIP and its siblings in its class, as form of nostalgia for my self and re-awakening my chip to work as a print server and remote desktop, i haven’t done much with it.

Belive it or not, there is a number of communities that are trying to keep the CHIP ecosystem alive at last for those still with working CHIP's, here is a list of Community support and places you may download software for your CHIP as of time of writing in March 2022

this is a 3rd party project by SaltyCybernaut

from what we have gathered the offical github may have some missing branches in its repo, we have also included a snapshot from the internet archive for redundancy

Did we miss something in this article?

Don't be shy, we'd love to hear from you and improve the community