Vivaldi 3.3 Released with Break Mode to Pause the Internet

Contents
How to Install Kdenlive 21.08 in Ubuntu via PPA:
Uninstall:

Kdenlive, stands for KDE Non-Linear Video Editor, is a free and open-source video editor for KDE though it also works on other desktop environment. And version 21.08 was finally released a few days later than other KDE Gear 21.08 apps.

The new release based on MLT 7 framework which has removed the Automask effect, along with many other legacy and buggy modules. The region module is also removed and replaced with new Effect Masking feature. As well, the old and unmaintained tools like the DVD Wizard and the Preview Compositing mode has been removed. 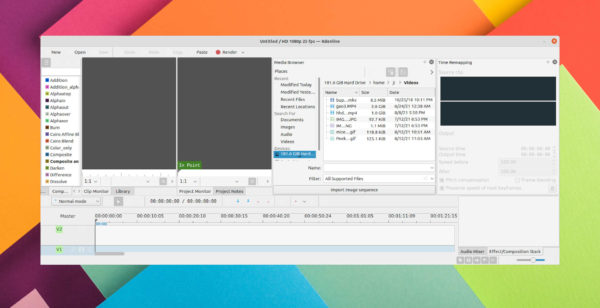 Kdenlive 21.08 got an improved performance, so users will have a smoother experience when importing hundreds of files and gigabytes and panning through the timeline.

Other features in the release include:

How to Install Kdenlive 21.08 in Ubuntu via PPA:

Open ‘terminal’ from your system application menu, then run command to add the PPA:

Type your password when it asks (no asterisk feedback) and hit Enter to continue.

If an old version of kdenlive was installed, you can upgrade it via Update Manager: 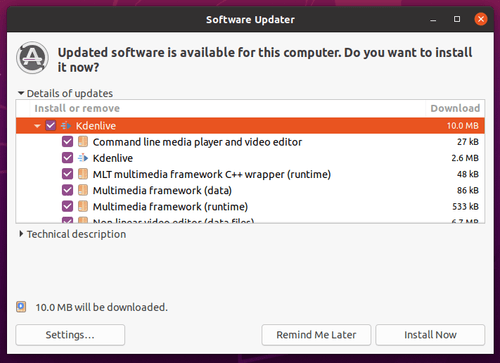 Or simply run command in terminal to install the video editor:

NOTE for Linux Mint or may be other Ubuntu based systems, you need to update the package cache manually by running sudo apt update command before installing the software. 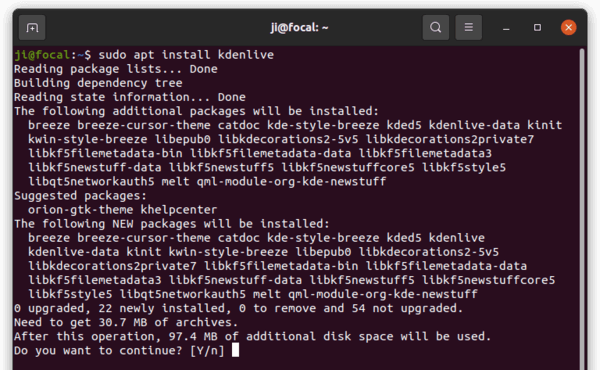 To purge the PPA as well as downgrade Kdenlive package, run command in terminal:

To remove the PPA only, run command:

And to remove Kdenlive, run command: