How to Install Conky & Conky Manager in Ubuntu 20.04 LTS

Tilix, the popular tiling terminal emulator, released v1.9.5 with a few new features and some bug-fixes.

Tilix is a GTK+3 terminal emulator supports for splitting app window horizontally or vertically. It supports drag and drop re-arranging terminals, quake mode, custom hyperlinks, as well as many other features.

After a year of development, it finally announced the new 1.9.5 with only a few new features due to lack of maintainers. 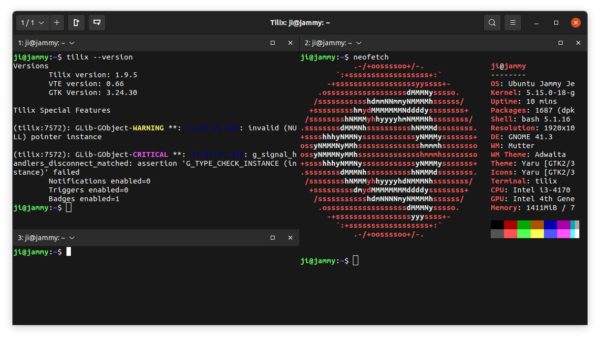 There’s no binary package for current Ubuntu releases so far, though it’s proposed to be included in Ubuntu 22.04 LTS repository.

User may download the source code and build manually via the link below: