Ubuntu is always not ready for use out-of-the-box, because every user has his/her own preferences. And, here’s a list of things I did after installing Ubuntu 22.04 LTS.

To speed up the installing process, I never enable the network connection in Ubuntu’s installer wizard. So, the media codecs is not installed and audio/video player does not work out-of-the-box.

Press Ctrl+Alt+T on keyboard to open terminal. And, refresh the package cache if you’ve not done that.

Then, install the codecs for audio, video playback, Microsoft fonts, rar support, and so forth via this command: I use Firefox to install Gnome Extensions regularly. But the pre-installed Firefox is a Snap package that does not support the feature.

It’s easy to remove the Firefox Snap by running command (back your data first!) in terminal:

However, Firefox Deb package in 22.04 repository is just a wrapper that links to Snap. Except the official Linux Tarball, there are only third-party repositories (though really trustworthy): Ubuntuzilla and “Mozilla Team” team PPA.

I personally prefer the “Mozilla Team” team PPA. And, simply run the commands below one by one will install Firefox Deb package from that repository:

After installation, you need to set higher PPA priority to prevent Ubuntu from installing the Snap back. See here for details. Click to minimize, minimize the app window when click on its icon on the dock by running command:

Shorten the left panel and move it to the bottom using system settings under “Appearance” page: And, remove mounted and network volumes from the dock via “Configure dock behavior” setting options. Most extensions are available to install from https://extensions.gnome.org/. Ubuntu however does not ready for it out-of-the-box.

After switching Firefox Snap to another package (or another browser), you need to press Ctrl+Alt+T to open terminal and run command to install required packages: And, they are both available to install either from Ubuntu Software or by running the command below in terminal: 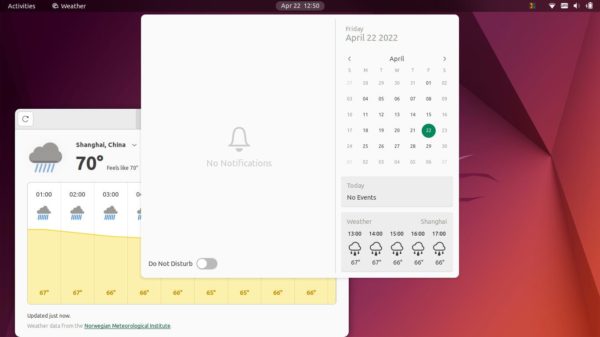 Gnome’s (the default desktop) core weather app will add weather condition about the next few hours in the clock menu.

Simply install the app by running the command below in terminal:

Then launch it from the ‘Activities’ overview screen. Setup your location and see the daily or hourly weather forecast. The clock menu will display hourly forecast automatically after that. 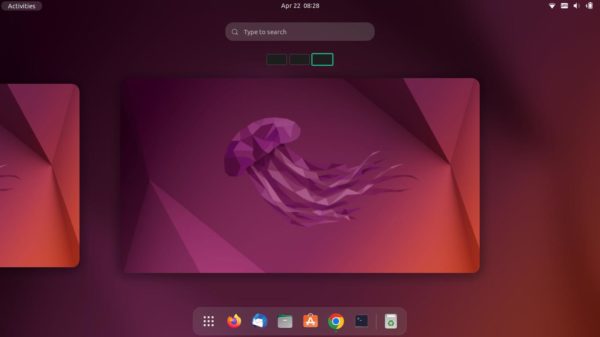 There are many great Gnome extensions. Here are few of them that are highly recommended: 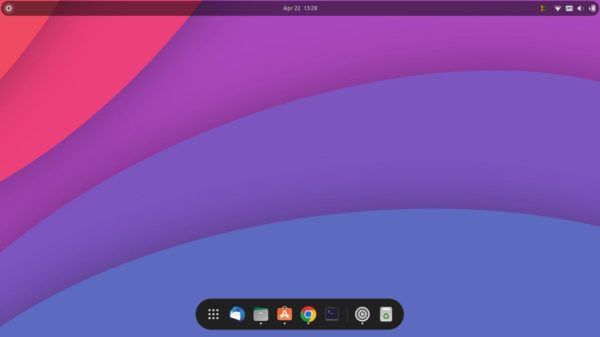 There are tons of Gnome Shell themes available to change the look and feel of the top-bar, dock, and system menus.

To be able to apply one of these themes, you have to first install the ‘User Themes extension’:

Then, use “Gnome Tweaks -> Appearance” page to select an installed theme for Shell use. 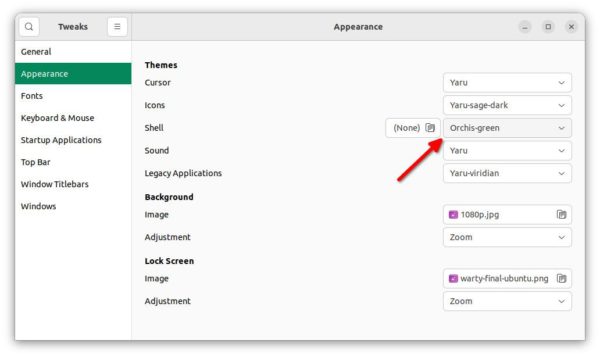