The Pencil2D team announced a new release of its 2D animation software with new feature and various bug-fixes.

Pencil2D is a free and open-source software to make 2D hand-drawn animations. It’s lightweight, easy to use, and works on Linux, Windows, Mac OS, and FreeBSD. It supports both bitmap and vector graphics, and allows to seamlessly switch between the two workflows. 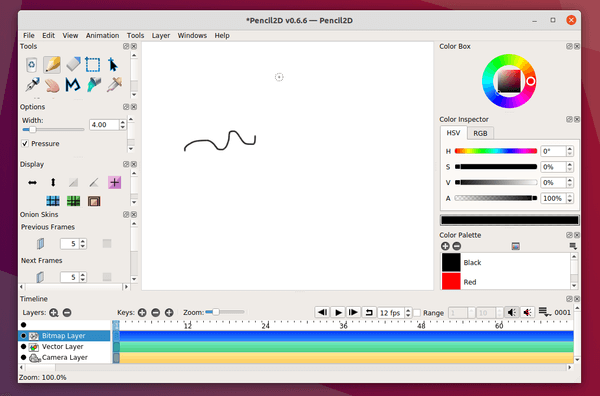 The project offers official Linux binary through Appimage packge, which is available to download at the link below:

Grab the package, and give executable permission in file Properties -> Permissions tab. Finally double click to run it to launch the software.

For choice, you can install Pencil2D via universal Flatpak package. See this tutorial for details.