There’s no big ones in the release. But if you have poor network connection like me, and any image failed to load in Cawbird, there’s now ‘reload image‘ button that could help to reload it. 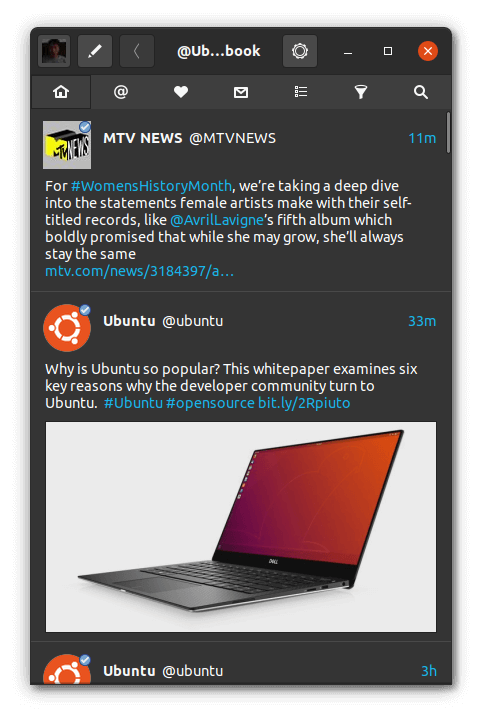 How to install Cawbird in Ubuntu & Other Linux:

For Debian, Ubuntu, and Fedora based systems, the software developer offers official packages through OBS repository:

Ubuntu user may just search for and install the Snap package from Software Center. Though it’s not updated to v1.5 at the moment. The app is also available to install via the universal Flatpak package. After set up the Flatpak daemon, user may grab the package from this page.