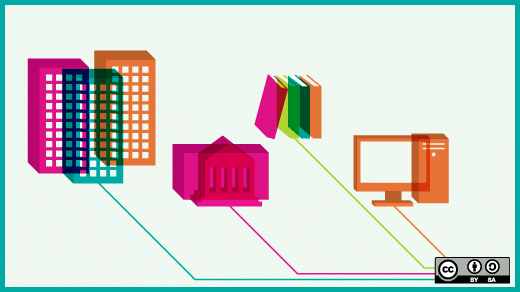 The robust 2D animation software suite, which has also been used in the production of TV series like Steven Universe and Futurama and theatrical features including Anastasia and Balto, was made open source through a partnership between Italian developer Digital Video and Japanese company Dwango. Its release is a game changer for 2D animation production that could rewrite the future of the art form, possibly leading to a major increase in drawn animation production, while forcing software developers like Adobe and Toonboom to scramble and find ways to distinguish their 2D animation software from a powerful, free alternative. See Also: Toonz Software Used By Studio Ghibli And ‘Futurama’ Being Made Free And Open Source

In releasing the software, Dwango has made clear on their site that the open source software license allows it to be used free of charge for both commercial and non-commercial projects, and that developers may modify its source code freely under the terms of the simple and liberal New BSD License.

Along with the main software package, Dwango also released an effects development kit for advanced image processing like lighting and distortion effects, as well as GTS, a scanning tool developed by Studio Ghibli that allows for efficient scanning of sequentially numbered drawings. Dwango says it expects the open source community to find new ways to build out the software with the “aim to develop a new platform for connecting the academic research into frontline animation production.”

OpenToonz has already generated tremendous interest from the animation community. A user forum launched in the past 24 hours already boasts hundreds of discussions, while a development forum is launching deeper discussions of how to build out the software.

Animators have also launched unofficial resource guides like this one on Tumblr and have started posting basic video tutorials:

The general consensus seems to be that while there’s some clunkiness that needs to be smoothed out, the program is incredibly powerful and includes the full feature set used by Studio Ghibli in the production of films like The Tale of the Princess Kaguya, The Secret World of Arrietty, and Spirited Away. “This is some serious in-depth 2d animation software,” wrote a user on the Foundry forum. “I have been looking for more traditional animation software with X-sheet functionality – THIS IS IT!”

Another artist who tried out the software wrote on Tumblr, “I think I might still prefer OpenToonz to Toonboom. Once I get it working without crashing constantly, it’s gonna be one god damn powerful program.”

If you’ve downloaded Toonz, share your feedback in our comments.

<div>KDE’s Kdenlive video editor released version 22.12 this Monday! See what’s new and how to install guide for Ubuntu 22.04 and Ubuntu 22.10. The new release of the video editor overhauled the whole guide/marker system. The new ‘Guides’ dock is available to seek, search, sort and filter all marker and guide. Kdenlive 22.12 also improved […]</div>

<div>Openshot video editor announced the new major 3.0.0 release this weekend. Here’s the new features and how to install guide for Ubuntu 18.04, Ubuntu 20.04, Ubuntu 22.04, and Ubuntu 22.10. Openshot 3.0.0 added ability to export multiple video clips into their own video files, in their original profile / format, though I didn’t find out […]</div>

<div>Unlike Windows, Ubuntu so far does not have real-time GPU usage info displayed in its system monitor application. If you want to check how much your graphic card is in use, then this simple tutorial may help! Check Intel GPU usage in Ubuntu: For the integrated Intel graphics card, there’s a command line tool intel_gpu_top […]</div>

<div>The classic VLC media player got a new release after more than half a year of development. Here’s the changes and how to install guide. VLC 3.0.18 is probably the last release of the 3.0.x series, as VLC 4.0 is under developing now. It features: Support RISC-V CPU architecture Add support DVBSub subtitle in MKV […]</div>