Kart Racing Game SuperTuxKart 1.4 is out! How to Install in Ubuntu

Thunderbird 91.0 now runs in multi-process (e10s) mode by default, which offers many advantages in responsiveness, stability, performance, and security.

The ‘Account Setup’ has a new look and finally move to new tab instead of a floating dialog. It also adds ability to detect and set up CalDAV calendars and address book during setup. 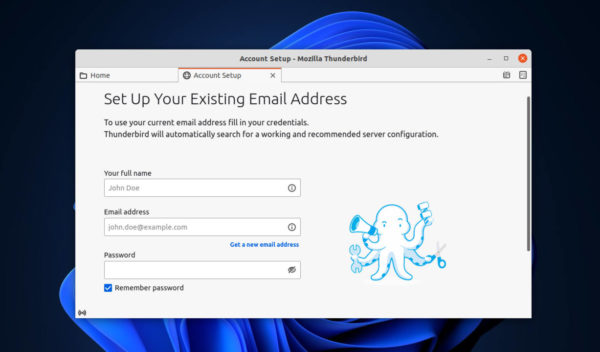 And a warning popup will appear when either trying to spend a reply to a likely non-existant email address such as “[email protected]”, or public recipients of a message exceeds threshold.

Other changes in Thunderbird 91.0 include:

How to Get Thunderbird 91.0 for Ubuntu:

As the release note said, the release only is available as a direct download, and not as an upgrade from Thunderbird version 78 or earlier.

For Ubuntu Linux, it’s a tar.bz2 package. Once you get it, extract and right-click to run the executable to launch the client. 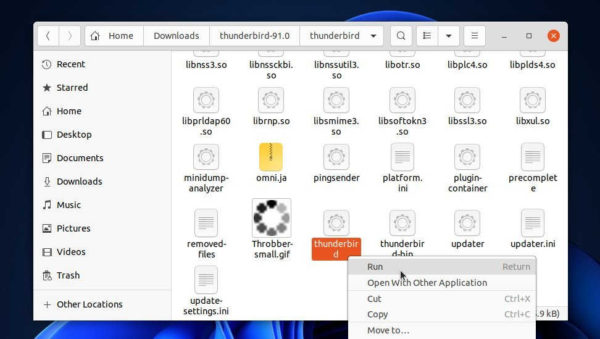 To create a shortcut icon for Thunderbird 91.0, you can open terminal (Ctrl+Alt+T) and run command to create & open a .desktop file:

Then paste following lines into the file. Replace “/PATH/TO/thunderbird“ with the executable file path, and finally save it.

If you don’t plan to move the source folder to another place for long time using, the file path should be: /home/USER_NAME/Downloads/thunderbird-91.0/thunderbird/thunderbird