RetroArch 1.7.8 Released with Text To Speech Service (How to Install)

Contents
How to Get Audacity 3.0.3:
About the Ubuntu PPA:

Audacity audio editor and recorder 3.0.3 was released a few days ago. Finally it adds official Linux binary via Appimage.

Audacity 3.0.3 comes with minor bug-fixes, and binary changes. For Windows users, now it provides 64-bit EXE and 32-bit plug-ins will not work on the release.

The release introduced automatic app update checking. According to the updated Privacy Notice, Audacity needs a network connection for update checking. And this shares your IP address, OS, and Audacity version. You can disable the feature in the Preferences.

And when an app error occurs, error report dialog will pop up asking you whether to send report. 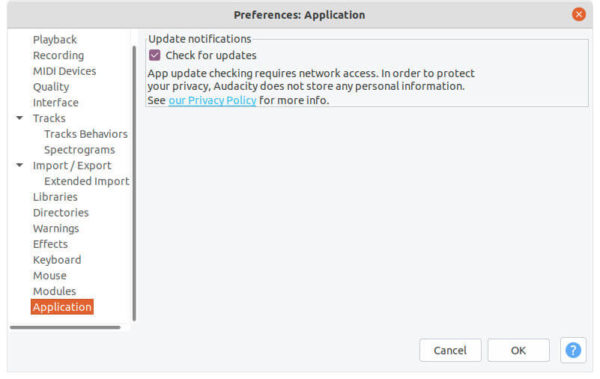 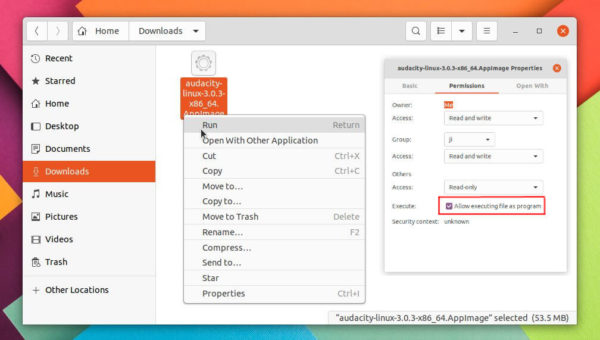 For the official binary and source tarball, you can download it from the github release page:

It’s also available to install via the universal Flatpak package which runs in sandbox. And here’s how to guide for those new to flatpak.

About the Ubuntu PPA:

Audacity adds Conan package manager as the its new dependency library. It make me crazy again since it’s not available in Ubuntu repositories, and so far I can’t find any compile instruction.

So may be it’s time to abandon my personal PPA for Audacity package. 🙂